The iron ore raw material is sintered into a sintered ore by sintering. This production process is completely burned out in the material layer, the heat energy consumption is the lowest, and the production capacity is extremely high ( 1.35-1.45 t/m2h ), which can provide the necessary amount for the blast furnace. raw material. But a large amount of debris sinter produced in this process, despite numerous studies and adopted a series of organizational measures to reduce debris made, still not completely satisfactory solution to this problem, 0 The sinter scraps remain high on the steps of 10%-20% .

Multiple crushing and sieving of sinter is the only means of obtaining sinter with stable particle size and strength. The amount of returning from the sintering process is large (up to 50% ) and the transportation costs in the plant are increased. There is also an additional expense on the extraction and crushing of the sinter. The addition of lime to the composition of the sinter can compensate for the decline in production capacity, resulting in a capacity of 1.85 t/m2h .

The use of pelleting method to make iron ore raw materials into pellets has many advantages. The main advantages are: the final particle composition is strictly in accordance with the regulations, the chemical strength is high, the crumb content is low ( 2%-5% ), no mechanical processing is required. Screened several times.

Although the pelletizing process is widely used and the pellets have higher quality performance than the sintered ore, their share in the blast furnace charge has never exceeded 20%-50% of the iron ore charge. The main reason is that the natural repose angle and yield point of the pellet mine are low, and the optimal charging system of the blast furnace cannot be guaranteed, which will cause serious corrosion of the lining. In addition, at the beginning of the reduction, the pellets lose their mechanical strength to a greater extent than the sintered ore. In order to overcome the above disadvantages of the pellets, a method of premixing the pellets and the sinter before the furnace is adopted, but the scheme is cumbersome to implement and is practically unapplied.

The further development direction of the iron ore raw material agglomeration process should be to combine the sintering method and the pelletizing method into one process, taking the length of the two and making up the short of the two, producing better than the sintered ore, and superior to Agglomerate products of pellets. At this time, the theory of sintered ore block structure proposed by E.6. Wegman can be used as the theoretical basis. According to this theory, the most robust component of the sinter is the block formed around the fuel micropowder. However, there are particles of various sizes in the fuel, and the distribution of these particles in the sintered layer is disordered, so that the size of the formed blocks is extremely different. The sinter produced in this way is unlikely to contain no large amounts of debris. In addition, the use of fuel as both a heat source and a reducing agent will contribute to the increase in hot brittleness. Due to the combination of polymorphic phenomena, a large number of stress points appear in the hot brittle material, which inevitably causes cracking.

It is obvious from the above that a reasonable solution for combining the two agglomeration processes should be to strengthen the final block in the form of a very rigorously sized pellet (pellet) in the raw material state, and then to After the paving, the layer is fixed and sintered by the heat generated by the fuel.

The pre-agglomeration of the sinter or its components can be considered as the first step in combining the two processes. This move will increase the production of the sintering process by 22.1% and the solid fuel consumption by 12.5% . Pre-granulation of iron concentrate with lime, due to increased layer to 500 And the amount of coke used /t sinter can greatly increase the yield capacity (up to 2.0t/m2h ).

The closest solution to the above combined process is the HPS agglomeration method developed in Japan. The specific method of the process is to pre-select the fine iron concentrate into 5 Small pieces of granularity, coated with particle size < The finely ground fuel is pre-dried and then sintered according to a sintering process. After crushing and sieving, the finished product yield is 90% , and the product is a small pellet agglomerate. The product has a basicity of 1.2-2.0 , a silica content of 5% , and a softening temperature range comparable to that of sinter. This process differs from the sintering process in that the sintering is completed under a negative pressure of 4-5 kPa . In order to further study this process, a set of test equipment with an annual output of 6 million t/a was built. The Russian Southern Mining Company has tested similar processes in the process of perfecting pellets. 0 employed as a fuel The crumb of the particle size is calcined according to the sintering process, but the unexpected distribution of the fuel causes the formation of the unsintered ore block (even a large length), which affects the stability of the process. The results of the product consisting of agglomerates and calcined pellets in a blast furnace proved to produce better results than simply using sinter.

Use 5 Below the particle size, the charge will be -5 to + The component content is minimized, it is agglomerated without fueling, and then fuel is added by separate equipment â€“ this solution should be used as the basis for the combined agglomeration process.

The Ukrainian National Academy of Metallurgy developed a new process for the production of mixed agglomerated raw materials (hereinafter referred to as Ð“OC ) using a belt roasting machine. It is characterized by 5 A solid fuel of ( 0-10 ) â€” ( 0-12 ) mm particle size is added to the grit-packed charge. The process was officially put into industrial operation after semi-industrial test on the OK-5-18 roasting machine of the Central Manufacturing Company (ie Ð¦Ð“OK ) Industrial Building Branch. The roasting machine was not modified, but the baking layer was used to dry the layer and ignite the solid fuel according to the sintering process. Since the thermal stability in the ascending gas flow is ensured in the cooling of the mixed agglomerated product, the solid fuel of the above particle size can be used.

From 1999 to 2000 , the Ð¦Ð“OK industrial agglomeration plant produced a total of 65t of spherical pellet sinter-type mixed agglomerate ironmaking raw materials. This raw material combines the excellent metallurgical properties of sinter and pellets with new properties:

1 . Ð“OC is generally a sintered block composed of calcined grains, that is, the ultimate broken pieces of the sintered block, which are virtually no longer broken;

2 . Whether it is a calcined grain or a sintered block, it is a spherical particle or particle system composed of a hematite shell and a magnetite core. It has a fully open pore porosity in the macroscopic structure and has the same function as a pellet. Reducibility, does not break during reduction;

4 . In terms of physical properties (natural angle of repose) Ð“OC is the same as sinter;

5 . In terms of chemical composition, the FOC is the same as the pellet, but due to the hematite magnetite structure, the iron content increases by 0.5% .

The smelting results of Ð“OC in the blast furnace of the Dnepropetrovsk Steel Company's ironmaking plant fully affirmed the application effect of Ð“OC . In the blast furnace charge, the Ð“OC content in the production of cast iron and steel pig iron is 56.5%-69.8% (average 60.5% ) and -50%, respectively . At the beginning of the trial, due to the poor raw material conditions of the coking plant, the quality of coke could not keep up. In the subsequent trials, the quality of coke was improved and the slag condition was stable. During the operation of No. 2 blast furnace, the charging system is basically stable, and KPP â†“ 1.5-2.0 has been used, and the blast parameters are rarely changed.

The mixed agglomerated raw materials in each trial stage promoted the stability of the blast furnace operation and improved the technical and economic indicators of ironmaking production. Therefore, the result of such a good result is that the use of mixed agglomerated materials improves the looseness of various components of the charge, and makes the distribution on the throat section more reasonable, thereby ensuring higher utilization of airflow energy in the blast furnace. rate, German steel No. 2 BF briquetting material mixed total refining cast iron 5234t, and pig iron 4923t.

Each trial smelting confirms that the mixed agglomerate material has excellent smelting performance, and the use effect of this raw material is fully affirmed. According to calculations, the consumption of coke is reduced by 4-4.4 kg/t of iron, while the productivity is increased by 1.1% (according to the common conditions, it is calculated according to the same conditions).

4) degree of recovery after load elimination; 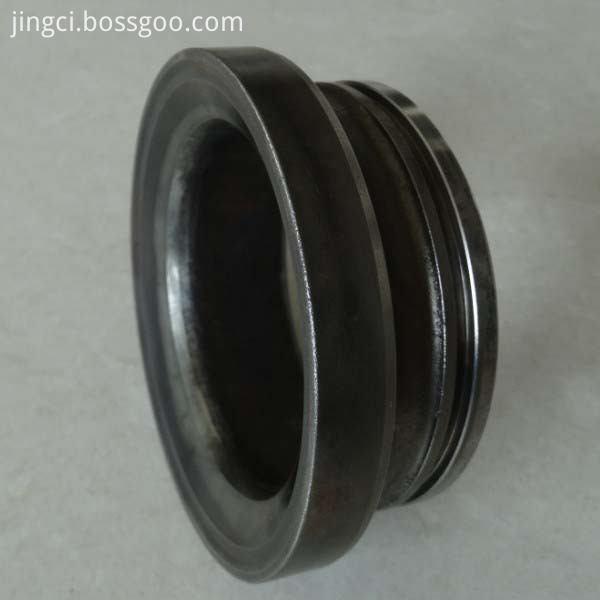 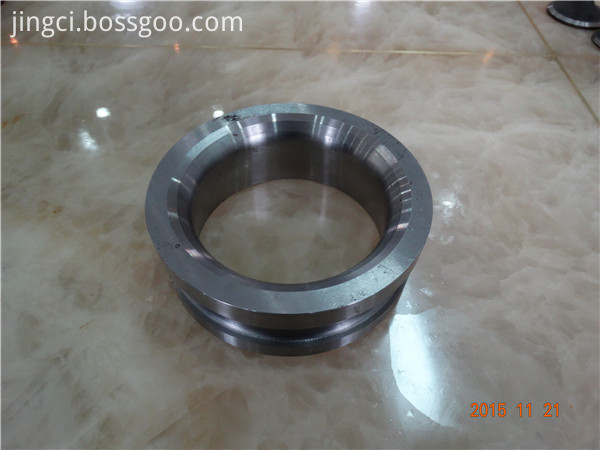